How to Promote Kickstarter Campaign? A Quick Promotion Guide. 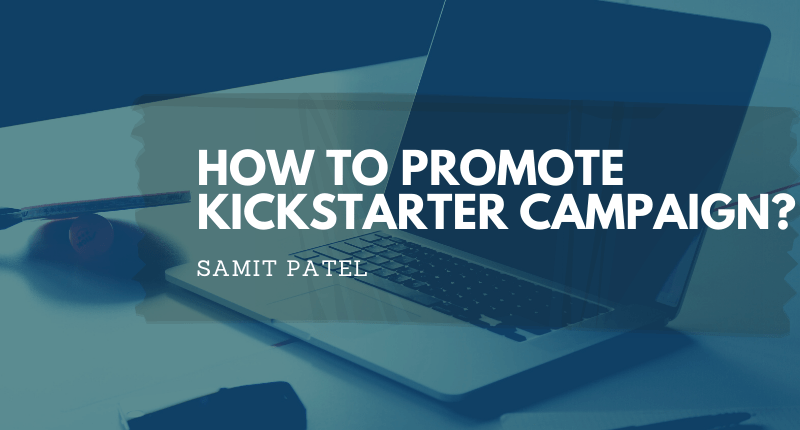 07 Dec How to Promote Kickstarter Campaign? A Quick Promotion Guide.

Let’s find out how to advertise a Kickstarter campaign and promote it well. Do you know? With nearly 508,000 projects on Kickstarter, your project will have a hard time getting noticed; worse case, it might not get any traction at all. The key to a successful Kickstarter campaign, therefore, is the promotion of your campaign.

When we say advertise Kickstarter though, it means more than just posting updates on Facebook or boosting a few posts. You need to have a Kickstarter promotion strategy that should include key components as:

Notice how promoting a campaign is not just about running ads or randomly emailing people. You’ll need to invest in months of prep work before the actual campaign for the promotion to work.

Here’s a list of prep work you need to do before you start promoting your Kickstarter campaign. It’s important to note that without this initial prep-work, your promotions will fail. With only 30 days to meet a campaign goal (assuming your goal is in six figures) 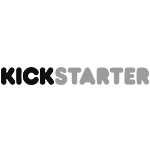 The primary driver of your kickstarter campaign will be your email list. You’ll need to announce the launch of your project, prompt people into funding the campaign, send them reminders, give them updates and so on.

Building your email list is the most difficult challenge in the whole process. You’ll have to create a strategy around getting people to subscribe to your campaign to receive updates.

You can do this by creating a landing page for the campaign or a website with all the relevant details of your product. Use this site or page on PPC campaigns, give product updates, add downloadable incentives or even run a blog to get subscribers.

You’ll need at least 500 to a 1000 sign-ups to kickstart your goal. As you move towards the campaign, you’ll have to keep aiming for more.

The biggest mistake most crowdfunding founders do is randomly boost posts or run ads during the Kickstarter promotion campaign. This is burning money without any significant results.

Your social media campaigns must be planned six months in advance and must reflect the different stages of your campaigns.

For instance, in the first step, you can plan three campaigns to introduce your project to the world. The goal of this campaign would be to get subscribers.

As reach nearer to the final campaign launch, you can run ads on early bird discounts for those who fund the project first.

The better you have these planned beforehand, the easier it will be to run and measure the success of these campaigns. Ad-hoc or ill-planned campaigns will prevent you from measure the effectiveness of the campaign.

Journalists are super busy and picky. They get hundreds of product pitches every day. There is zero chance they are going to read about your product & start writing about it. Not unless the product is super unique.

So how do you get the attention of journalists?

Well, there’s a reason why people say you must prepare months in advance of your campaign.

The answer – through sheer engagement.

Yep, you read that right. You got to build a journalist list, find channels where they are most active, create an engagement strategy, and start engaging with them.

Twitter is a great place to start. By engaging, I mean, adding value, talking, communicating to the person, not bombarding their inbox with requests & pitches. That’s a surefire way to lose support.

You can also use targeted ads here to get their attention and drive them to your landing page (make sure you have amazing content up here).

Everyone’s doing Facebook ads, but few are actually investing in video ads. Kickstarter projects have a unique advantage – they do exceptionally well with video content.

Video ads, especially those for YouTube should be the top priority. YouTube has now made it mandatory for ads to play for 6 seconds, so if you can get your product messaging done well within 6 seconds, you’ll be able to get more traction for your campaign.

While you’re making videos ads, you can also invest in animated videos to be used on multiple social media platforms. Customer testimonials and beta user experiences are all examples of effective video marketing.

5. Running One Campaign Across Several Platforms and Networks

Ensure your PPC, Facebook Ads, YouTube Ads are all consistent across platforms. Never run random campaigns. Everything you do must fall under a funnel, main goal or objective.

For instance, don’t run a discount offer today, and an awareness post tomorrow just because…

More importantly, the same campaign must run across all platforms. The same discount offer for example, must run on PPC, FB ads, YouTube ads and Twitter/Linkedin ads, unless you have a specific objective to run different ads on different platforms. For instance, discount ads might not run well on Linkedin, so you might want to run an ebook guide instead.

Dissmeniate your campaigns equally as you do your content & you’ll be creating a consistent messaging across platforms.

Where to advertise and promote your Kickstarter campaign depends entirely on how much prep work you’ve done & the channels you’re adding to your funnel.

It’s important to note that without a strong promotion strategy, it will be hard for your campaign to be successful. The trick to succeeding on Kickstarter is a great Kickstarter promotion + content strategy to get your project out there topping hundreds of thousands of other projects.

Get in touch to see how we can help you promote your campaign!