How Kickstarter Changed Everything 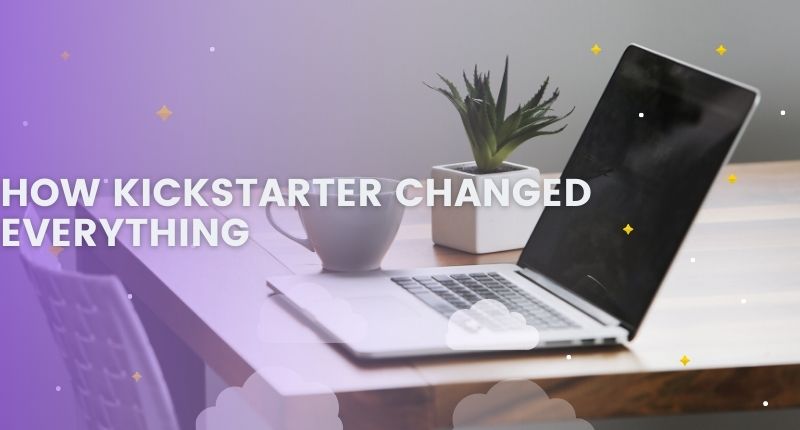 09 Nov How Kickstarter Changed Everything

Back in 2002, Perry Chen, wanted to invite the remix pop duo Kruder & Dorfmeister to play a gig in New Orleans but was unable to raise the cash. He had a fleeting thought: it would have been so easy if everyone who liked the band were able to pool together and share funds to make it possible.

That was the birth of Kickstarter – the crowdfunding site that would be used by the creative community across the world to get funding for their project.

In 2009, Perry along with friends Yancey Strickler and Charles Adler formed Kickstarter and that changed everything.

Kickstarter was the First Crowdfunding Site for Creative Projects

Kickstarter was created for the creative community that included artists, independent filmmakers, musicians etc. to get funding from their fans or even from complete strangers to bring their project to life.

Kickstarter formalized crowdfunding and gave a platform for artists and people to connect. If an artist wanted to produce music, videos, or even a movie, they could go on to the platform, submit their project and get funding from the crowd.

This idea was radical and required people to make a leap of faith. You like someone’s work, you send them money so they could produce the work and you could benefit from it by either owning the work or receiving a special reward.

How Kickstarter Changed Everything for the Tech Industry

Over the years, Kickstarter became the go-to crowdfunding platform. Kickstarter changed everything for the tech industry because now entrepreneurs and visionary product creators didn’t have to go to banks or wait for VC loans to funding for their creative development.

Kickstarter wasn’t just limited to the arts. It also catered to the tech industry where anyone with a great product idea could just submit their ideas and get funding to bring the project to life.

This opened the doors for tech entrepreneurs everywhere. From games to gadgets, multimedia devices to VR technology, everything could be found on Kickstarter.

Today, the technology category raised a total of one billion U.S. dollars, the third-largest amount of pledge money with games leading the way as the most funded Kickstarter category.

How to Get Started on Kickstarter as an Artist or Entrepreneur?

To get started on Kickstarter, you must have a project prototype ready. It’s no longer enough to just have an idea or visuals/first drafts.

You must have a functional prototype to be eligible for Kickstarter.

You must also have enough funds to market and promote your product to gain traction. Without marketing and promotion, you cannot succeed with Kickstarter campaigning. You will need creative assets such as a video and product photography as well as effective copywriting to create your Kickstarter campaign page.

When you’ve got all your marketing materials and campaign promotion materials ready, you can get started by creating an account on Kickstarter. You will be taken to the Kickstarter campaign page where you can then start filling in information.

Projects on Kickstarter last from 1 – 60 days. Usually, it’s just 30 days. If you’re not able to meet your funding goal within 30 days, you will have to restart your project. Research shows that shorter funding durations are more effective than longer duration projects.

Kickstarter has changed the industry and now where there is more support for non-mainstream products, this is the perfect time to get funding for your project from Kickstarter!